What sets Todo apart from your run-of-the-mill to-do and task-list apps is that it is straight-up powerful. It’s simple enough for the everyday user, but for those who are passionate and serious about productivity, it features a set of compelling features and functions.

WARNING: the post below is not for the faint at heart. Only read on if you’re serious about productivity.

Todo Cloud already allows you to organize your tasks by creating themed lists. You’ll find this helpful in keeping the different aspects of your life organized. For instance, it’s widespread for us to see lists like “Work,” “Home,” “Honey-do,” and “Personal” among users.

For the power user, Todo Cloud now features Smart Lists. Smart Lists give you deeper control over how you view, manage, and complete tasks. A Smart List essentially allows you to filter and view your tasks by nearly any set of identified task attributes. Todo Cloud comes built with pre-defined Smart Lists but also gives you the ability to create your own. 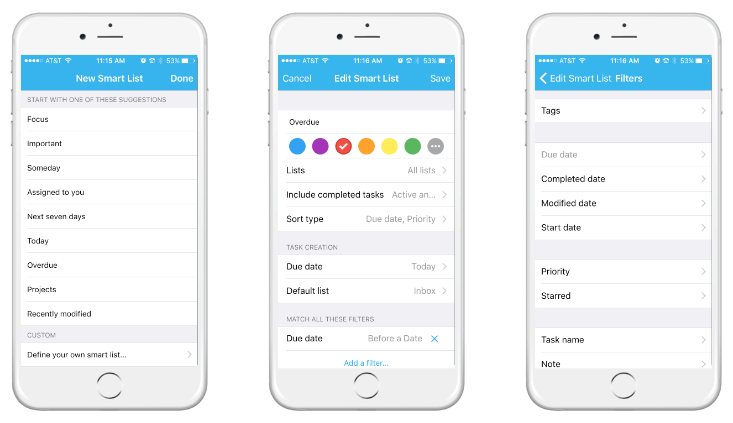 Examples of pre-defined Smart Lists are:

Smart Lists also allow you to create custom lists based on multiple to-do attributes. For instance:

To learn more about Smart Lists, visit these links:

Was this article helpful?

Sorry! We couldn't be helpful

We appreciate your effort and will try to fix the article

Articles in this folder -